Susan Bulanda was first recognized as an accomplished dog trainer in 1961.  During her career, she has worked with many dogs in various fields. She is recognized worldwide as an expert in canine Search and Rescue and as an animal behavior consultant specializing in dogs and cats. She served as the vice president and dog chair person with the International Association of Animal Behavior Consultants.

She is a founding member of the National Search Dog Alliance, and has formed and run two canine search and rescue units. She was one of three judges selected to judge England’s first and second international Canine SAR competitions.

Susan is a retired senior conformation judge for the United Kennel Club, and has shown a variety of breeds in the conformation ring.

She holds a Bachelor of Arts Degree in Psychology and a Master of Arts degree in Education. She is a certified teacher in two states.  She was an adjunct professor at Kutztown University and at Carroll Community College where she developed two programs, the Canine Training and Management Program, Level I for students who want to become dog trainers and Level II for students who want to begin their studies as a canine behavior consultant.

She has won numerous awards, including the prestigious Maxwell Award from the Dog Writers Association of America two times, has lectured worldwide, and written hundreds of articles. 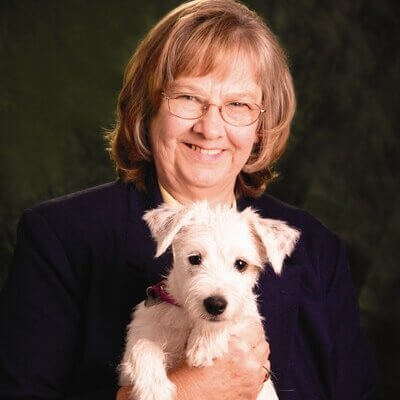